After a successful lecturing tour by Professor Eric Papas in 2015, in 2019 we expanded the lecturing tour and sent two lecturers to Ghana: Professor Eric Papas and Esma Aygun.
Eric Papas is a Professor in the School of Optometry and Vision Science at the University of New South Wales in Sydney Australia. Esma Aygun, is a Dutch trained orthoptist who in addition to working at Eyescan also lectures at de Utrecht University of Applied Sciences department of orthoptics. This was Esma’s second stint in Ghana with The Optical Foundation. In 2013 she was sent as a volunteer to work on TOF’s “The Grasshoppers” project in Ghana.

Professor Eric Papas and Esma Aygun provided lectures at the Department of Optometry & Visual Science at 2 universities in Ghana, the University of Cape Coast (UCC)
and Kwame Nkrumah University of Science and Technology (KNUST) from 6 to 14 April 2019. They also conducted presentations at the Ghanaian Optometric Association in
Accra. The course Orthoptics does not exist in Ghana and although students get some subjects during their optometry training it not in depth, so Esma’s presentation on Binocular vision and her workshops were really well received. 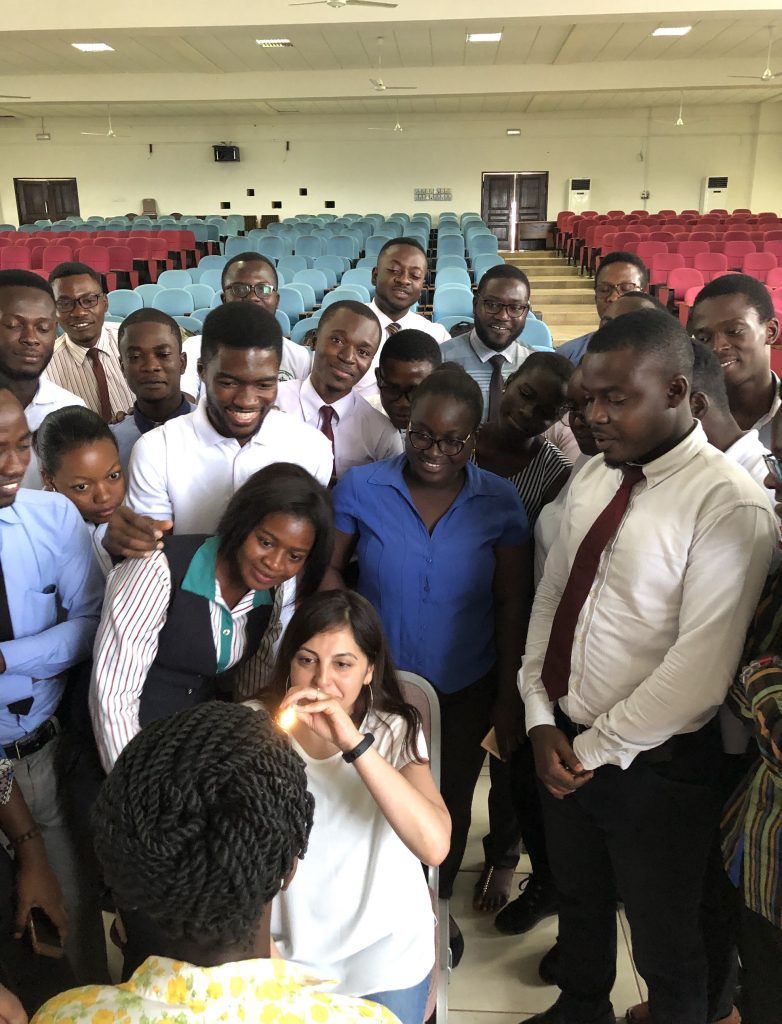